To call James Intveld a multi-talented artist would be an understatement. Not only is he an incredible singer, songwriter and musician, he also dabbles in acting and film making when he’s not busy making music. After spending last year touring with John Fogerty’s band, Intveld is once again hitting the road as a solo artist and his legion of fans couldn’t be happier. We have been fans of his music for over 25 years but never had the opportunity to see him play live until tonight. This evening’s show at Alex’s Bar in Long Beach was billed as “James Intveld Performing Two Sets.” Intveld and his band decided skip the break and played one incredible four hour set of live music. We both got the sense that they would have played all night if the bar would have let them. There is nothing better than seeing someone play music simply for the pure joy of performing. 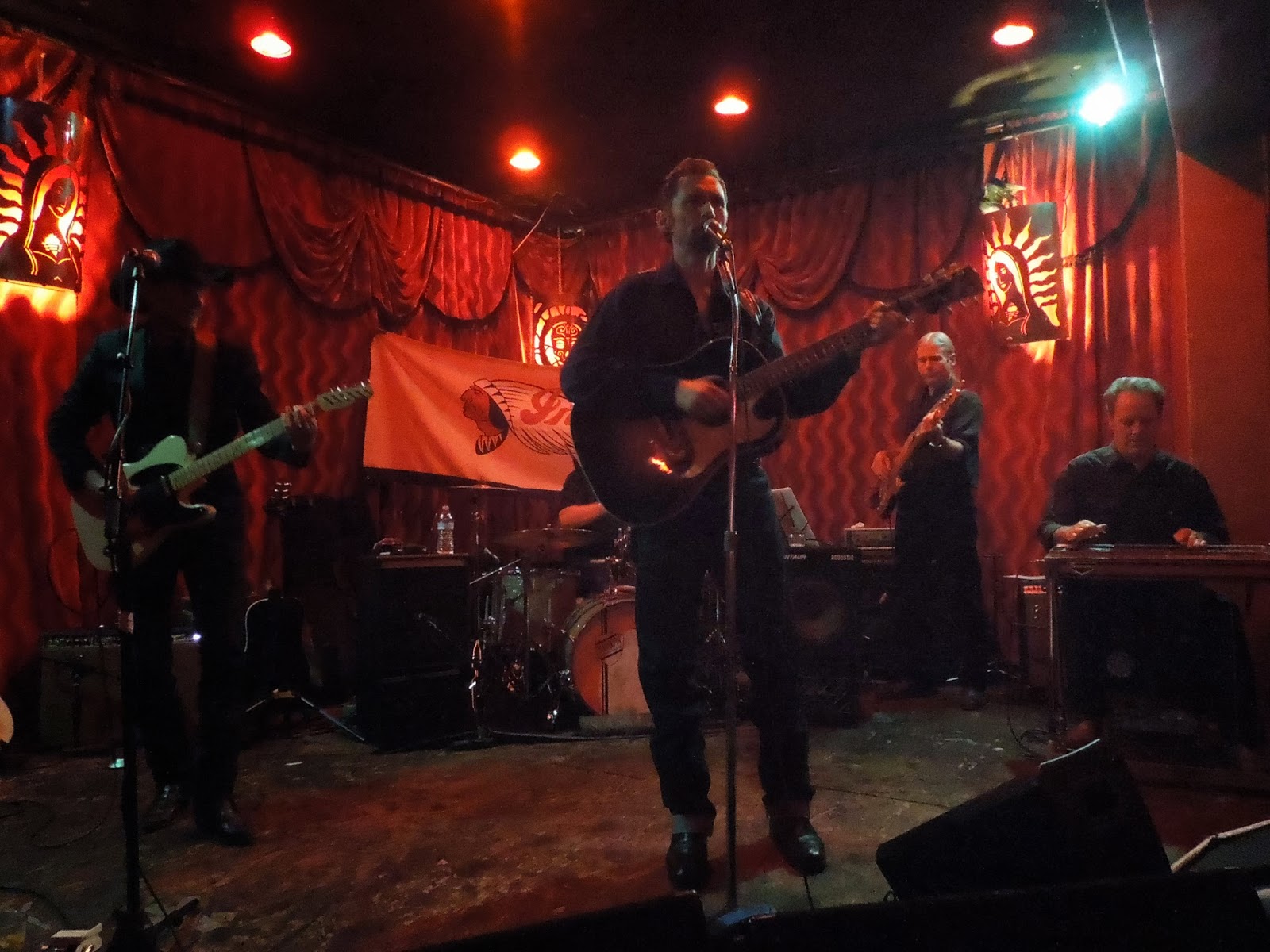 Many know Intveld as the singing voice behind Johnny Depp’s 1950’s rocker character in the John Water’s film Crybaby. If you categorize him strictly based on the rockabilly performance in the film you would be missing the bigger picture. Intveld is a “roots” musician in the truest sense. He is a self proclaimed country artist but his music also touches on rock & roll, western swing and honky-tonk as well. He encompasses everything that is considered traditional “American” music.

Intveld’s bread and butter has always been his live shows. His body of recorded material is sparse at best, having only recorded three records in the past 17 years. Tonight he played a nice mix of songs from his three solo records. “Perfect World” is one of our favorites from his self titled 1997 debut album. The band played the tune early in the set and it brought all the “cowboy” couples to the dance floor. We were lucky enough to capture the performance of “This Place Ain’t What It Used To Be” from the 2000 release Somewhere Down The Road (2000). It’s a sweet country song about a bittersweet homecoming.

The band also played some excellent covers tonight including “Folsom Prison Blues,” “Heartbreak Hotel” and Buddy Holly’s “Modern Don Juan” which was included on his 2008 release Somewhere Down The Road. We captured his performance of the Holly song in the video below. He seems to be able to stay true to the original while putting his own modern spin on the song. It was a homecoming of sorts for Intveld since he grew up in Compton and went to high school in nearby Garden Grove. He had several friends and family in attendance including his sister who was running his merchandise table while simultaneously dancing to his performance. At one point he even gave a shout out to his chiropractor who was also in attendance. He thanked him for giving him the ability to stand up and perform in front of all of his fans. We had a chance to speak to Intveld briefly after the show and we can safely say that he is one of the nicest musicians we have ever met. He’s one of those rare people that can do it all.