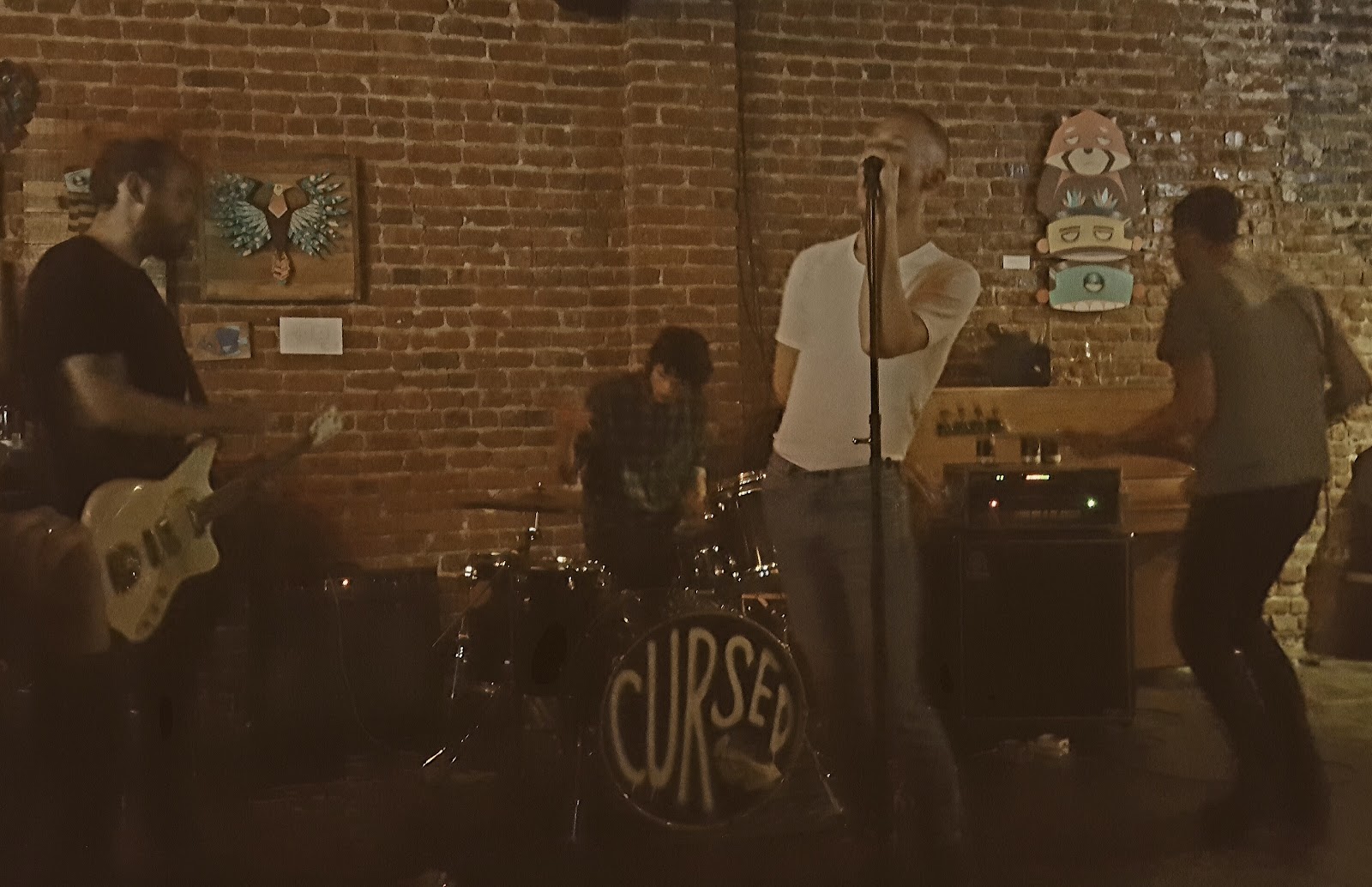 On Wednesday,  March 23rd 4th Street Vine opened its independent doors to the sounds of Autumns and Gold Class.

For starters the neighborhood is nice. Kind of really nice. There’s an art deco cinema showing independent films across the way. Vintage shops, restaurants, and more line 4th street. Great for a few blocks of playing it by ear (stroll anyone?).

Too lazy to walk? No problem twinkle toes. Long Beach’s new Bike Share lets you rent a bicycle at an on-street station, return it at that same location, or a different one (for all you real adventurers out there). Once you make it to 4th Street Vine you can enjoy one of their many craft brews at the bar or in one of their lounge chairs (uncle Hemingway would approve). They also have an outdoor patio area (neat), but it’s open certain hours (aww).

That night Autumns kicked things off. Any fan of The Cure, industrial shoegaze, and Sigur Rós influenced goth would enjoy his recordings, but the lack of backing musicians gave his live performance a little more to live up to next time. The audio quality of his jam track didn’t embellish the echo delay shooting out of his electric guitar amp as good as if a live backing band were to have been there. Regardless, if you’re looking for more Sigur Rós infused industrial noise-rock to fill up your music queue, then his recordings are still worth looking up and listening to on soundcloud. Shortly after Autumns ended his set Gold Class did a quick soundcheck and flipped the script.

If you’re familiar with Morrissey then you’ll find these lads’ tunes to your liking. Especially since the singer sounds like Moz.  If you’re not familiar with Morrissey, Gold Class’s music is still a band worth checking out. The guitar riffs weren’t bouncy like Johnny Marr’s from The Smiths. They were rhythmic like Morrissey’s current band. The hooks in “Life as a Gun” and “The Soft Delay” are a real catch (holy mackerel!). Drums, rhythm guitar, and bass lines kept everything uptempo and went great with the solace in the singer’s voice. Bittersweet I believe is the word.

You can catch Gold Class as they finish up their US tour or check out their album It’s You on bandcamp.

When not drinking coffee our anti-hero enjoys foreign movies, documentaries, and working on his handstands. He likes to write and play music. Follow him on Twitter, Instagram, and Spotify @erban4est